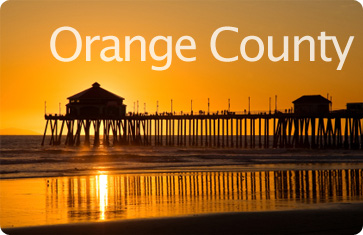 While Orange County may best be known for its Disney theme parks, surfing beaches, and pop culture television/movie fame, this slice of congested southern California real estate (population 3MM) may very well be the #1 breeding ground for professional athletes in the U.S.

Hundreds of high school athletes throughout Orange County have gone on to succeed in professional sports. And, unlike other areas of the country known for "growing" athletes in a particular sport (e.g., football in Western Pennsylvania and basketball in NYC), Orange County consistently churns out talented athletes in every sport imaginable. We're not just talking about men and women who enjoyed a six month stint in the minor leagues. Some of professional sports' most famous players got their start in this athletic incubator.

Lest you think this success is limited to Orange County testosterone, O.C. women have also advanced to the top of the athletic ranks. Sasha Cohen (figure skating), Amanda Beard (swimming), Joy Fawcett (soccer), and Rochelle Ballard (surfing), are stars in their sports and hometown heroines.

Maybe, it's in the water? Whether it is or isn't, be sure to drink up during your O.C. stay. Who knows? It may help you back at the office or even in your next amateur event.

You can pick up the path at various points, but one that is near a few of our recommended hotels is near the Hyatt Irvine (1/2 block south) off of Main Street. Look for the bridge and you'll find the path on the south side of the dry creek.

Mountain bike trails are available along the coastline. For the most part the paths are flat, but for a leisurely scenic ride they can be fun. Visitor center map shows the exact location of the trails (or look online).

* Pick up the route on either end, but our mileage starts from the intersection of Jamboree Road & Back Bay Drive